What's Going On With These Strange Foreign Toilets?

Whoever you are, you are going to think that other countries have strange toilets. But remember, they are thinking the same thing about your peculiar plumbing. Someone from the U.S. wrote me: "I visited Italy 3 years ago and had no idea that some restaurants had in-ground toilets. I was just aghast when I went into the john, but eventually figured it out."

As I replied to her, try to imagine the poor visitor to the U.S. They have just been subjected to what is among the world's rudest and most intentionally intimidating border crossings. Then they enter a dirty American airport restroom. They are now expected to press their bare flesh against a plastic seat against which untold thousands of strangers have rubbed their bare buttocks since its last thorough cleaning. And just what is this mysterious fluid dribbled all over the seat? This is the product of an advanced civilization? 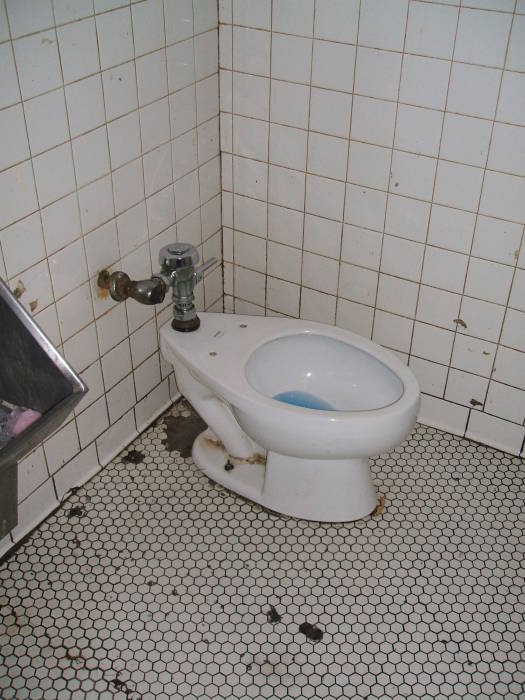 A toilet in the town where I live.

So, yes, everyone's toilets are different. But "different" doesn't mean "worse". For example, the squatter is a far cleaner design for a public toilet.

Sadly, squeamishness and a fear of the unfamiliar contribute to keeping so many Americans from learning about other countries and cultures. I started collecting these pictures and building these pages after so many Americans told me something along the lines of, "Well, I would like to travel, but I just could not deal with foreign toilets." Then they smile proudly, as if their fear and ignorance were somehow virtues. If foreigners can put up with nasty American public toilets, then surely Americans could deal with other countries' relatively clean ones.

Before venturing overseas for the first time, Americans really need to know the answers to a few basic questions:

What is a bidet?
What about seatless toilets?
How will I clean myself? Paper or water?
If there's paper, where does it go?
Into the toilet, or into the waste can?