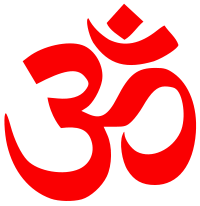 The Manusmṛti is a Hindu religious text, Sometimes the Sanskrit is transliterated as Manusmriti or Manusmruti, and is also known as the Mānava-Dharmaśāstra. The Manusmṛti is the most important early text of the Hindu Dharmaśāstra tradition. It takes the form of a discourse by the sage Manu to a group of seers or rishis (that is, composers of Vedic hymns).

Manu was the progenitor of mankind, who saved mankind from the world-wide flood and became the first king to rule the world. The Manus Mṛti is thus the Laws of Manu, the rules of behavior for the various classes and castes of humanity. This discourse is believed to have happened some 10,000 years ago in the Vedic state of Brahmavarta, which was at the confluence of two huge rivers, Saraswati and Drishadwati. Those rivers seem to have been transcendental at their most concrete, more the personification of two goddesses. Meanwhile, current Vedic studies examine satellite imagery and geomorphological data to theorize that Brahmavarta is on the borders of north Rajasthan and south Haryana. [1,2]

As for the text we have today, scholars have estimated the time of its creation from 1500 BC to 500 AD. Compare the dating of the text of the Manusmṛti to that of תורה, the Hebrew Torah, the first five books of the Jewish Bible. Torah authorship is traditionally credited to Moses, although most Biblical scholars believe that today's text is a product of the Babylonian Exile (about 600 BC) and that it reached its final form by the Persian period of Judah (about 400 BC).

With the Manusmṛti we're talking about 100 to 1000 years earlier.

Today's text of the Manusmṛti is organized into twelve chapters, each of 97 to 420 verses. Patrick Olivelle's definitive Manu's Code of Law: A Critical Edition and Translation of the M-anava-Dharma's-astra organizes the contents as follows:

It is in Chapter 4 that we find the commonly cited toilet regulations, within the Fourfold Dharma of a Brahmin. It starts with restrictions on precisely where a Brahman must not urinate or defecate with further restrictions based on time of day, what he's looking at, head covering, and so on.

A Brahmana who desires energy must not look at a woman who applies collyrium to her eyes, has anointed or uncovered herself or brings forth a child.

Let him not eat, dressed with one garment only; let him not bathe naked; let him not void urine on a road, on ashes, or in a cow-pen.

Nor on ploughed land, in water, on an altar of bricks, on a mountain, on the ruins of a temple, nor ever on an ant-hill.

Nor in holes inhabited by living creatures, nor while he walks or stands, nor on reaching the bank of a river, nor on the top of a mountain.

Let him never void faeces or urine, facing the wind, or a fire, or looking towards a Brahmana, the sun, water, or cows.

He may ease himself, having covered the ground with sticks, clods, leaves, grass, and the like, restraining his speech, keeping himself pure, wrapping up his body, and covering his head.

Let him void faeces and urine, in the daytime turning to the north, at night turning towards the south, during the two twilights in the same position as by day.

In the shade or in darkness a Brahmana may, both by day and night, do it, assuming any position he pleases; likewise when his life is in danger.

The intellect of a man who voids urine against a fire, the sun, the moon, in water, against a Brahmana, a cow, or the wind, perishes.

Let him not place fire under a bed or the like; nor step over it, nor place it when he sleeps at the foot-end of his bed; let him not torment living creatures.

Let him not throw urine or faeces into the water, nor saliva, nor clothes defiled by impure substances, nor any other impurity, nor blood, nor poisonous things.

Then there are many verses forbidding drinking water out of his joined palms, scratching his head with both hands joined together, wearing second-hand shoes, talking to menstruating women, getting too close to tree roots at night, stepping on hair or cotton seeds, accepting presents from oil manufacturers, and so on.

Then a long passage on when and where to recite and not to recite the Rig Veda. Then it's back to bodily functions briefly:

Early in the morning only let him void faeces, decorate his body, bathe, clean his teeth, apply collyrium to his eyes, and worship the gods.

Next comes a passage on social interactions, and a passage on how to purify various physical objects. Then it's time for the ritualized purifications:

All those cavities of the body which lie above the navel are pure, but those which are below the navel are impure, as well as excretions that fall from the body.

Flies, drops of water, a shadow, a cow, a horse, the rays of the sun, dust, earth, the wind, and fire one must know to be pure to the touch.

In order to cleans the organs by which urine and faeces are ejected, earth and water must be used, as they may be required, likewise in removing the remaining ones among twelve impurities of the body.

Oily exudations, semen, blood, the fatty substance of the brain, urine, faeces, the mucus of the nose, ear-wax, phlegm, tears, the rheum of the eyes, and sweat are the twelve impurities of human bodies.

Such is the purification ordained for householders; it shall be double for students, treble for hermits, but quadruple for ascetics.

When he has voided urine or faeces, let him, after sipping water, sprinkle the cavities, likewise when he is going to recite the Veda, and always before he takes food.

If you're making plans for installing a toilet, consult the Vastru Shastra Guru to make sure you get the vāstu śāstra or vastu shastra worked out correctly. That's the geomancy of architecture according to traditional Hindu beliefs.