My visit to
Iceland

Iceland has the oldest Parliament in the world. By about 50 to 60 years after the first settlement in the early 870s CE, Iceland's population had grown to about 15,000 people. Most of them were involved in farming, and were scattered around the island in isolated settlements close to the coast.

In 930 CE the Icelandic chieftains began holding an annual meeting or Alþing. It originally met at Þingvellir, which lies on a rift structure of the Mid-Atlantic Ridge. The Alþing still meets today, but at a building in Reykjavík.

That's the North American Plate on the left, and the Eurasian plate on the right. Every year the two plates spread about an inch further apart. Many rifts have formed along a band running northeast to southwest across Iceland. 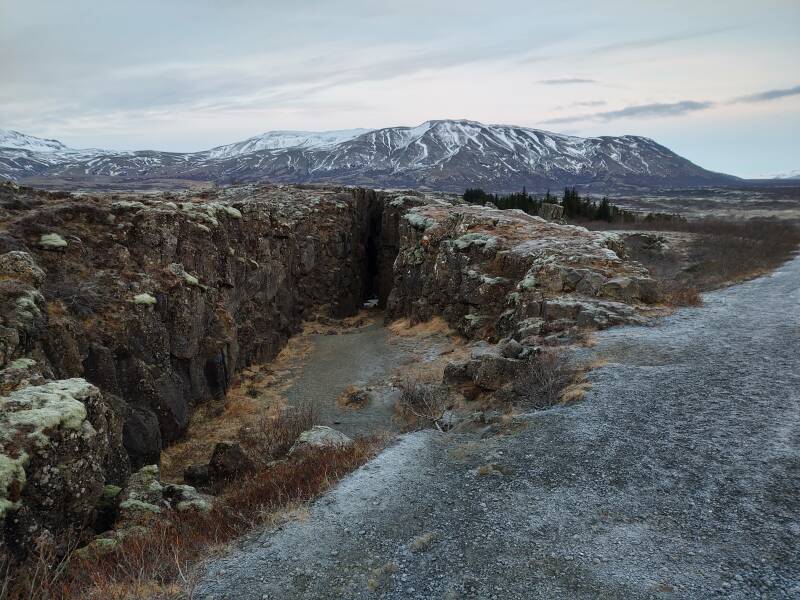 The Alþing meeting took place in Almannagjá or Everyman's Gorge.

The western or North American side of the gorge is the original layers of hardened lava. That's what we're looking at below. The eastern or Eurasian side in this area has fallen into the gap as it spread. 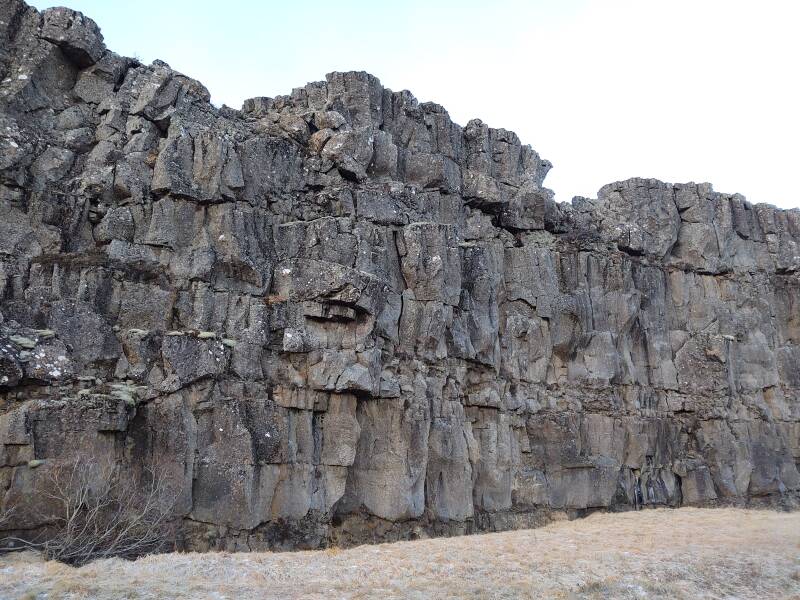 The Lögrétta or Law Council would meet near the river flowing through the gorge, reviewing and debating existing and proposed laws.

The Lögsögumaður or Law Speaker was responsible for memorizing all that they decided. He would stand at or on Lögberg or the Law Rock and recite the guidelines for the meeting, the outlines of Icelandic law, and the highlight's of the last year's meeting.

The Law Rock is now marked with a flagpole. 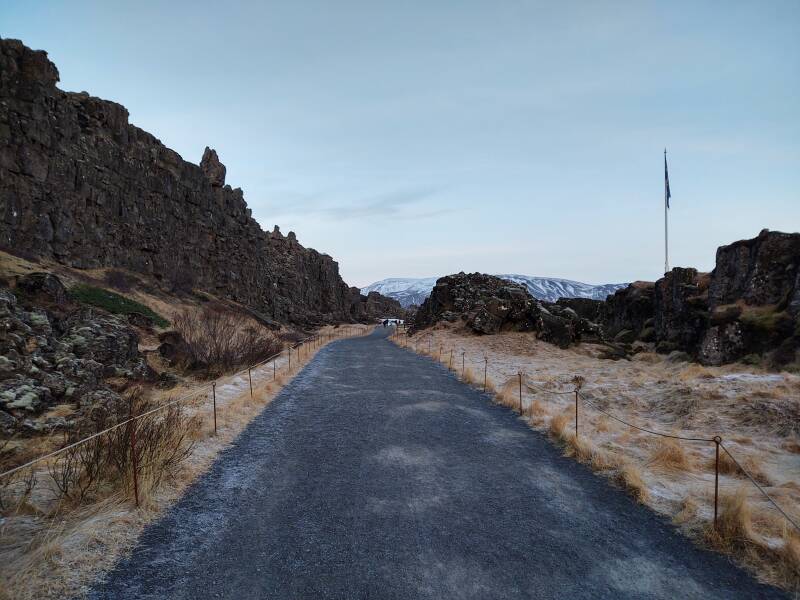 Þingvellir is close to Reykjavík and a popular place to visit, so they have some nice public restrooms. 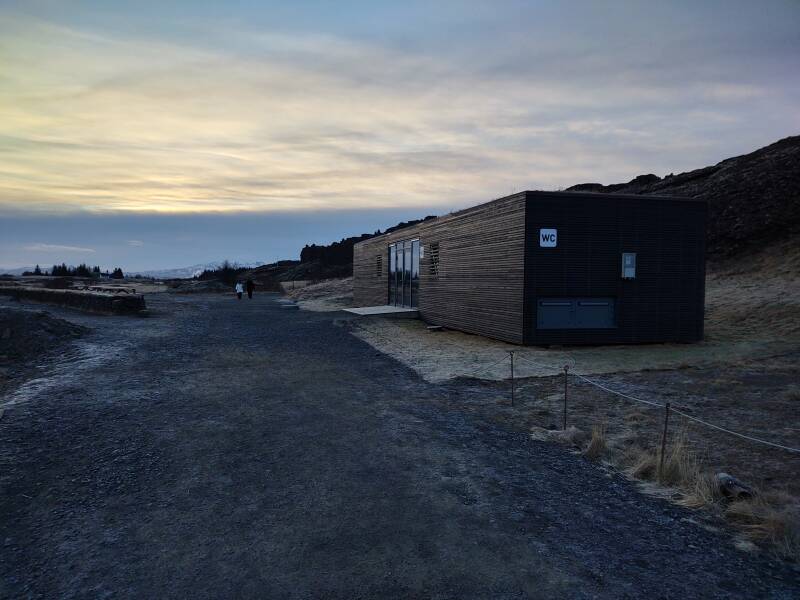 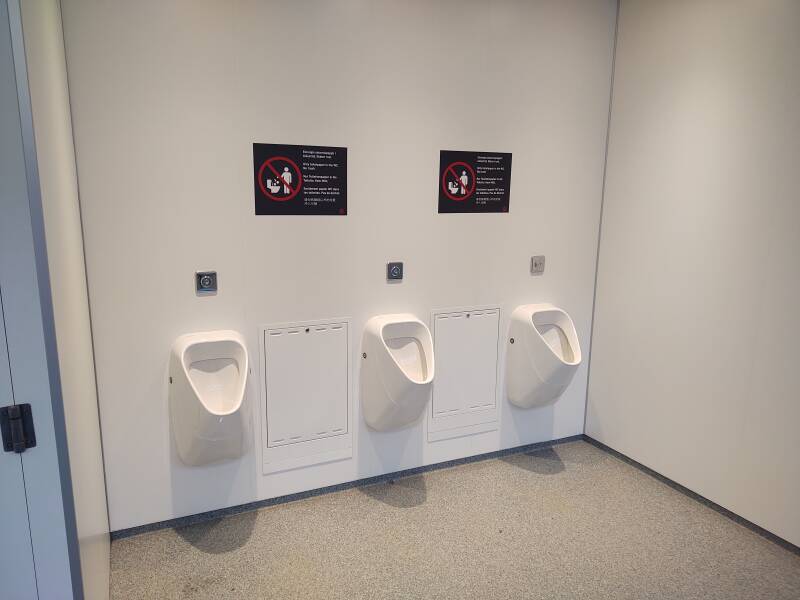 From the sinks you look right out into the historical site. 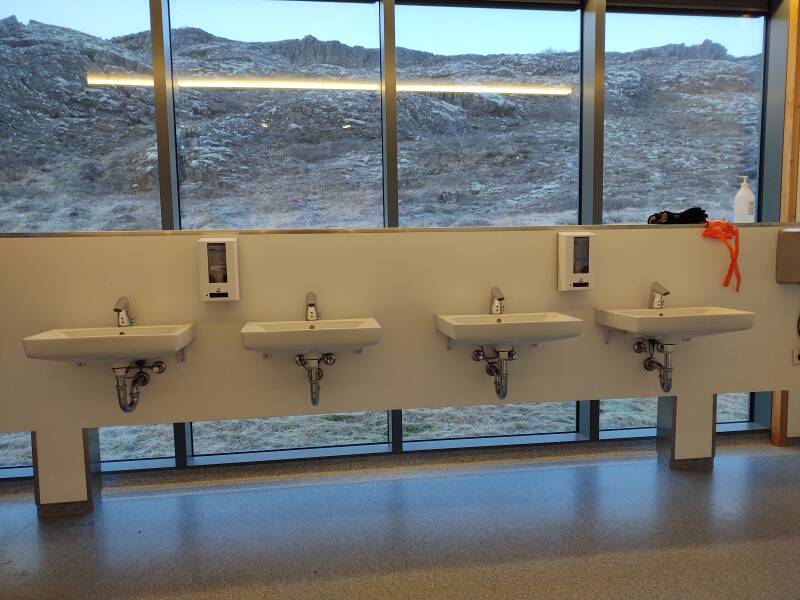