A Unique Museum in Osaka

The Ebie Sewage Treatment Plant in Osaka was once home to the Sewerage Science Museum. Stretching through five floors and the basement of a dedicated museum, it welcomed 100,000 visitors per year.

Much of the content was for kids, but there were also detailed engineering diagrams and flow charts. The third floor was on advanced wastewater treatment, showcasing the Maishima sludge center.

I had seen about it on the Atlas Obscura web site, and planned to visit during what I swear was an otherwise entirely non-toilet-focused visit to Japan.

I made a day trip to Osaka from where I was staying in Kyōto. I looked around the plant, visited some other sights in Osaka, and returned to Kyōto that evening.

To Osaka, then Lunch

I took a local train from Kyōto to Shin-Osaka, the main station in Osaka, then the Osaka Metro to the Noda station. I had visited some temples in Kyōto in the morning. So, by the time I arrived in the neighborhood, it was time to get lunch. I found a locally popular place under the rail line.

No English or even rōmaji script anywhere, but there are pictures to point to. And, gyōza, ramen, and biru are words to learn early on. 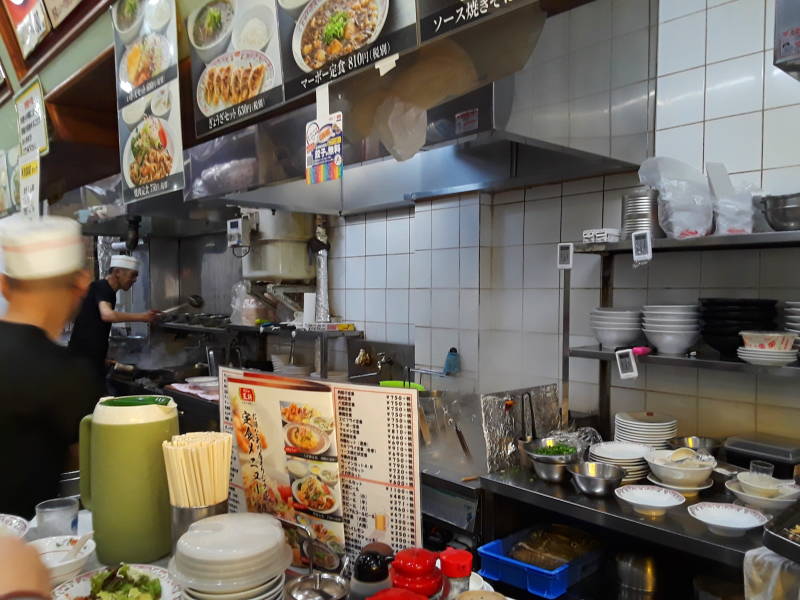 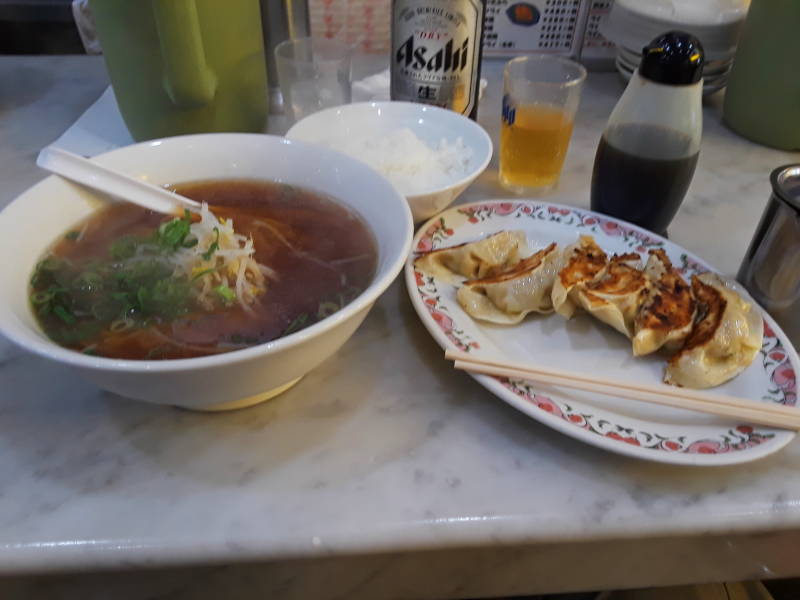 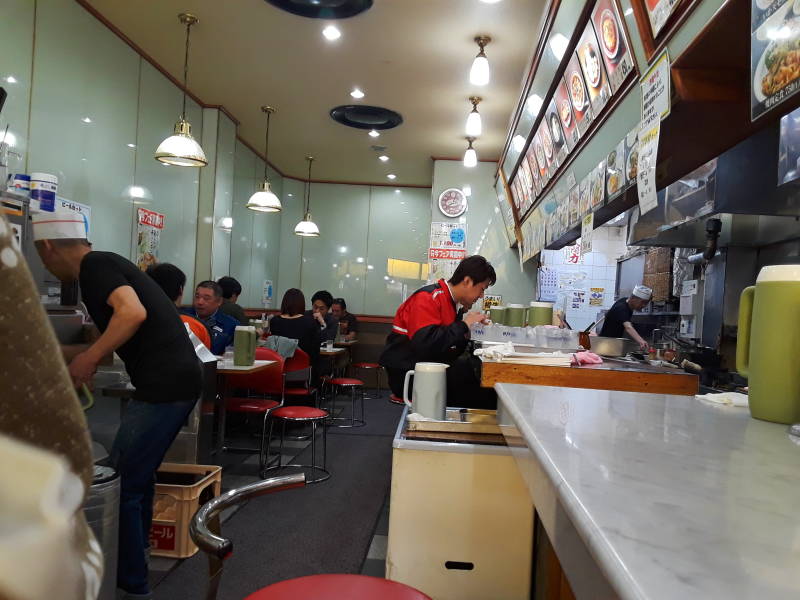 After lunch it was a walk of several interesting blocks to the east, leading toward the plant. It's on the Yodo river, just a short distance upstream from where it empties into the bay. The Yodogawa train station is at the northeast end of the plant. Yes, gawa is Japanese for "river".

Before long, I was seeing what looked like a sewage treatment plant. These are covered sedimentation and aeration tanks. 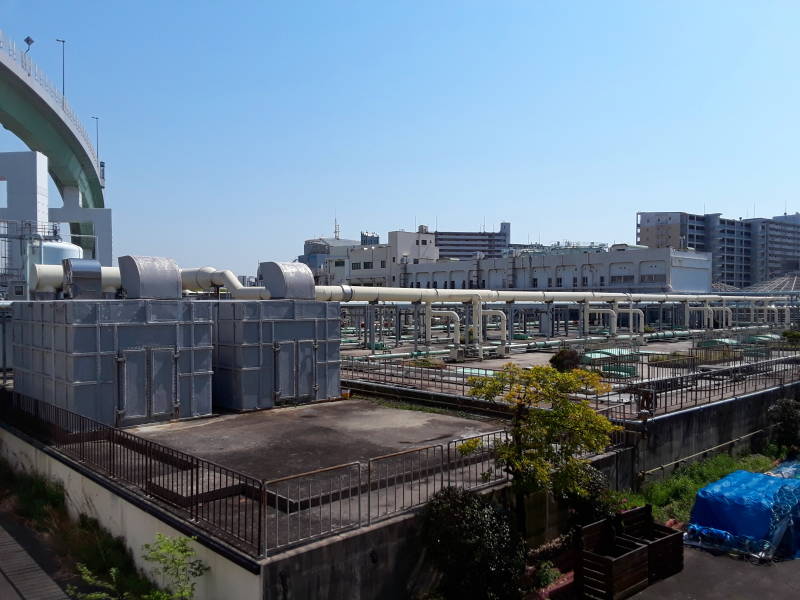 The discharge point is fenced off to keep boats away. 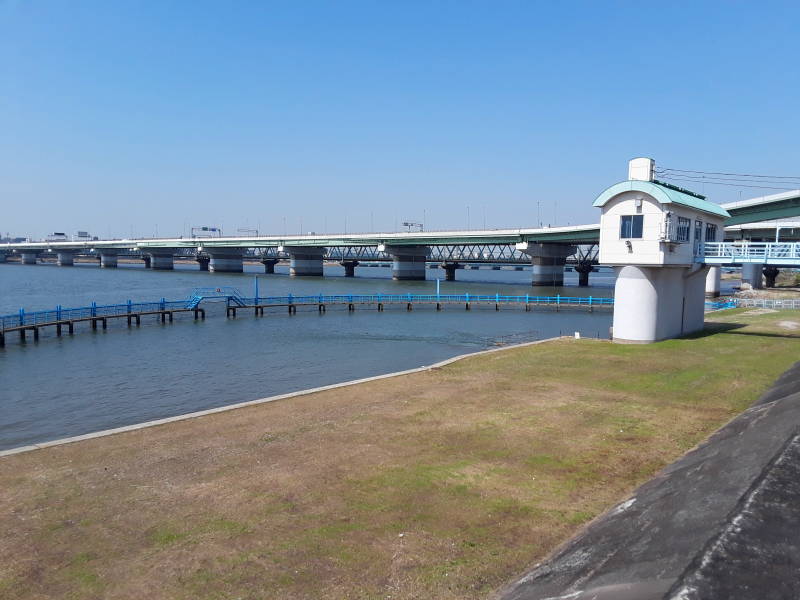 This is Japan, so of course there are curving roadways overhead. 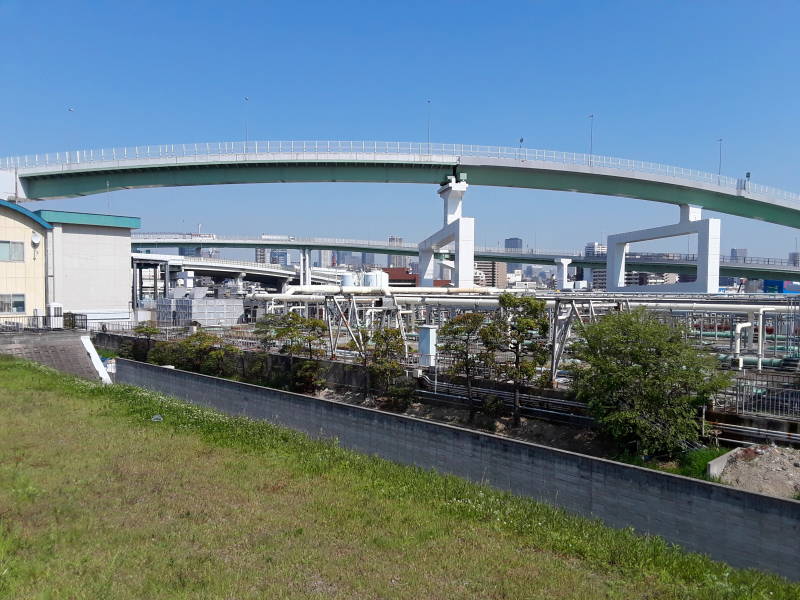 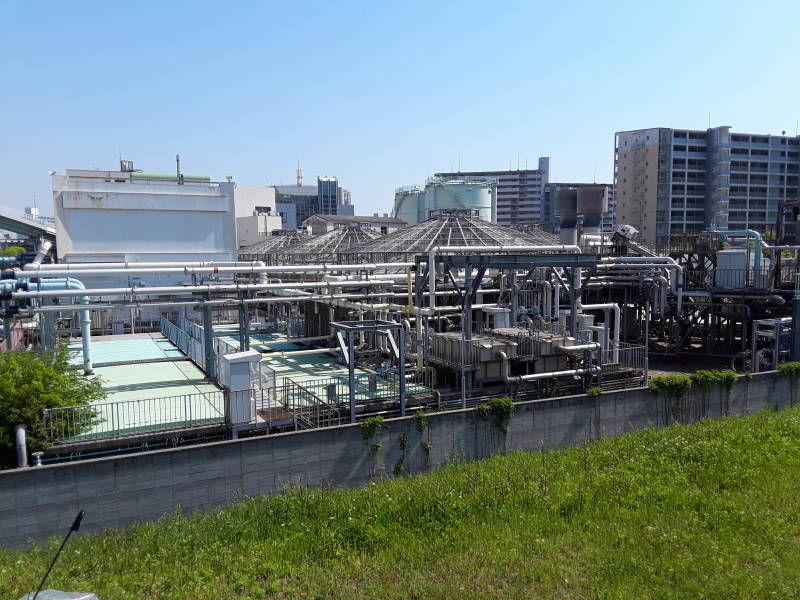 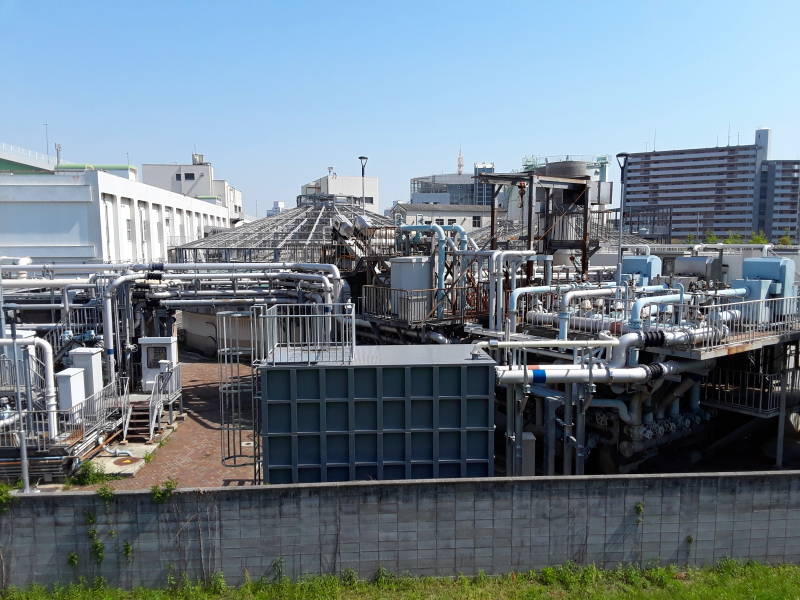 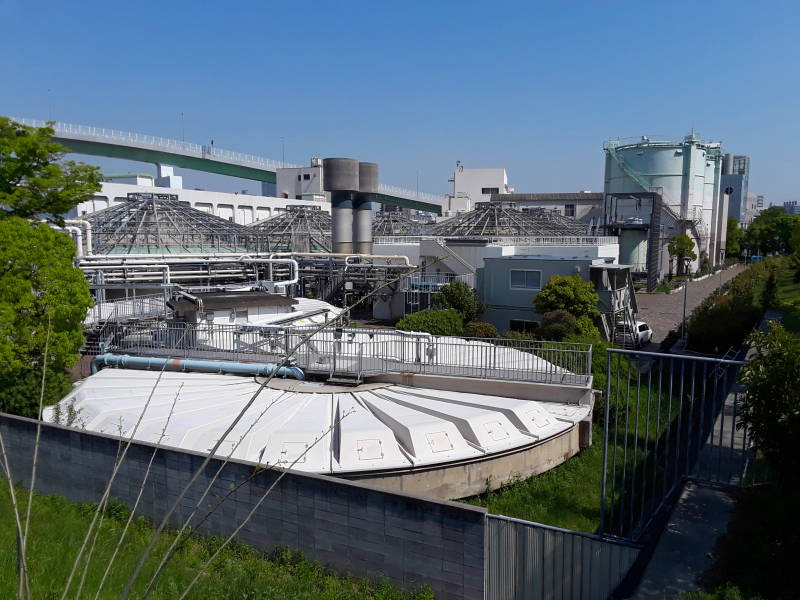 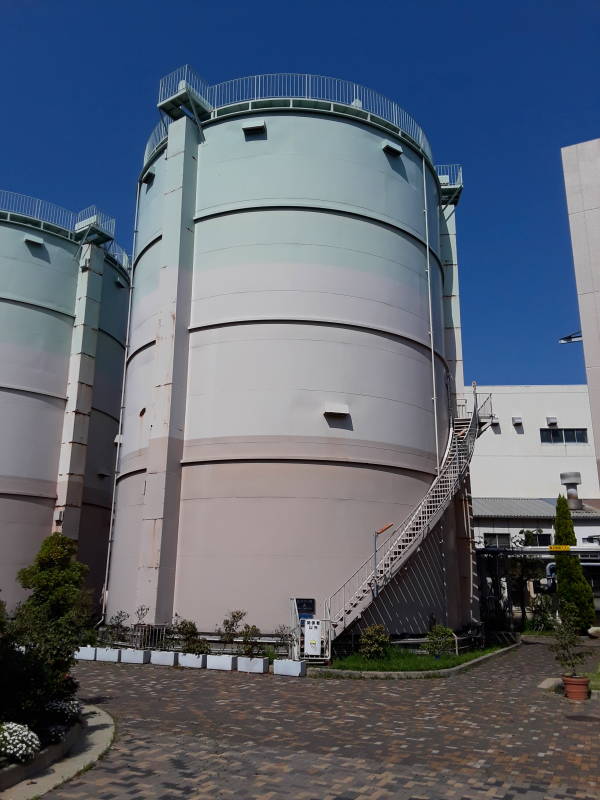 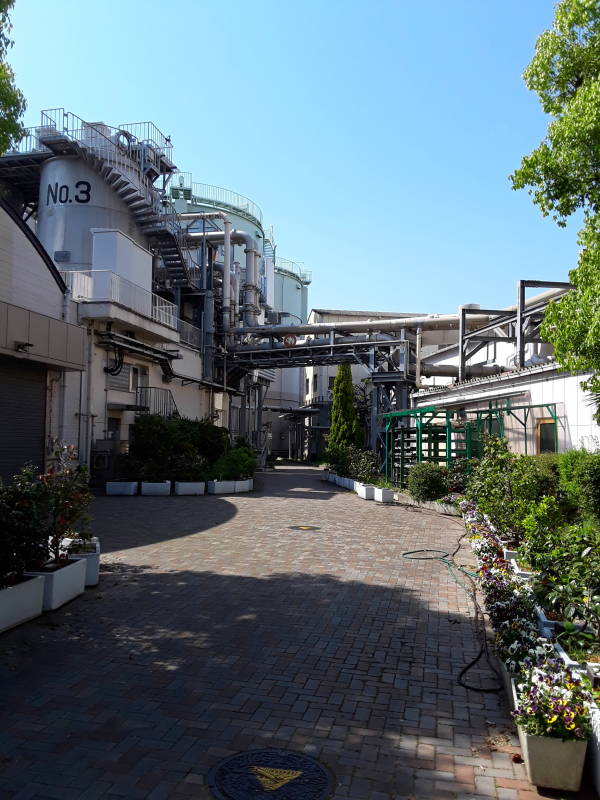 Having walked along its eastern, northern, and western perimeters, I finally came to the now-closed museum, at the southwestern corner of the facility.

Hmmm. This is a slight disappointment. But only slight.

I had enjoyed a nice lunch, and through the rest of the afternoon I will see interesting things in Osaka. One year before this trip, I had stayed a few nights in Osaka. This day trip let me fill in some gaps, see a few things I hadn't gotten to see before, and re-visit an interesting area.

And, I took pictures I can use on a web page with ads, which don't yet pay my rent but pay my utilities twice over. Now the trip will be a tragic business expense to report on this year's taxes. 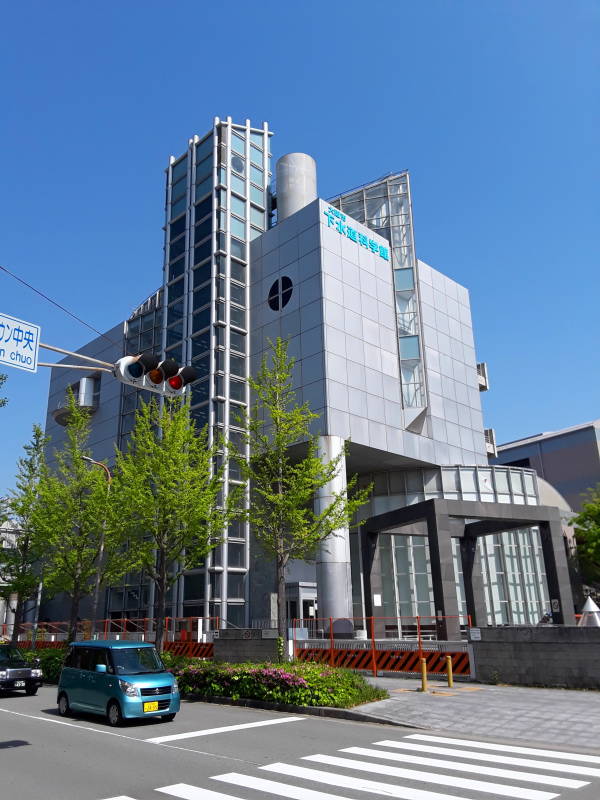 A custom manhole cover tells me that, just like Dr. John, I'm at the right place, but it was the wrong time. 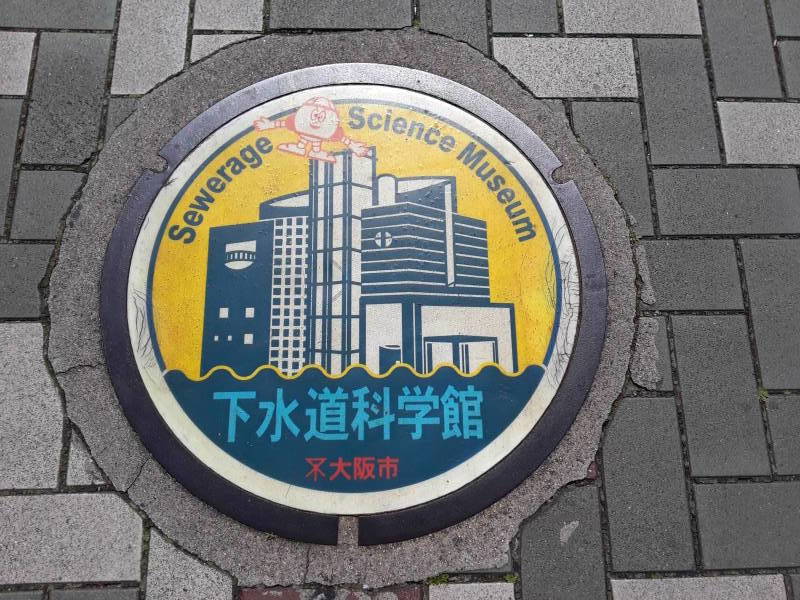 So, I walked along the south side of the plant to make it a full circumnavigation. Circum-sewer-navigation. 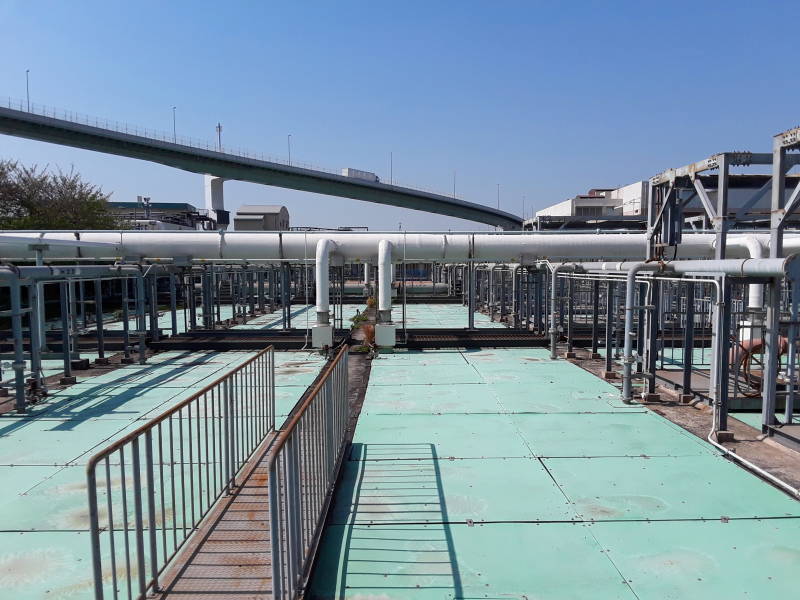 The sedimentation and aeration tanks occupy the majority of the space. 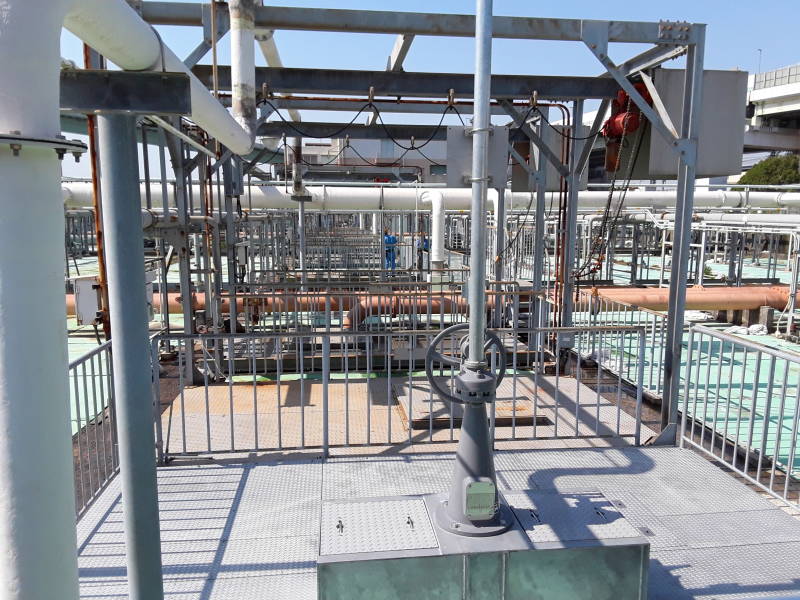 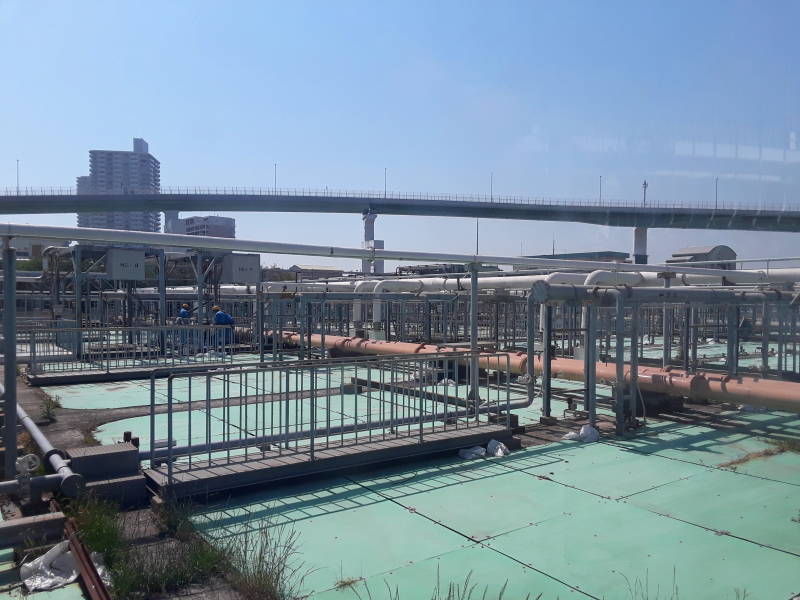 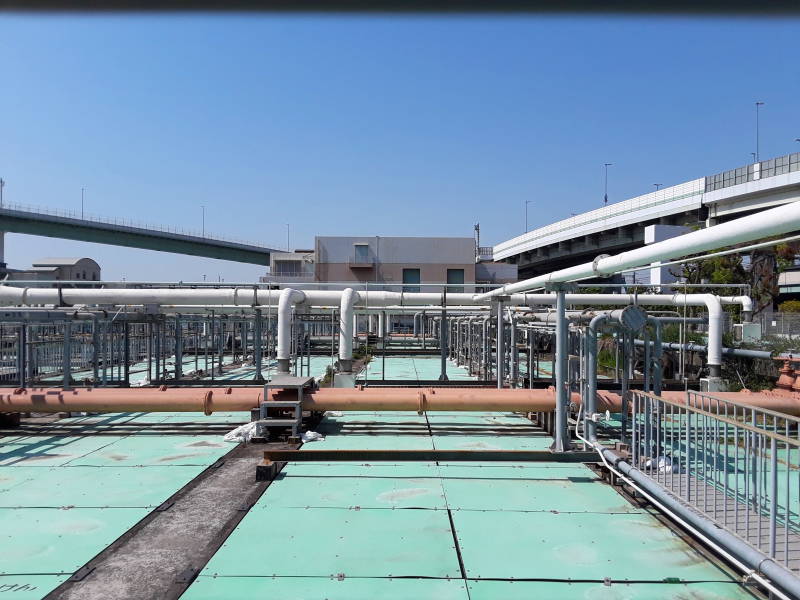 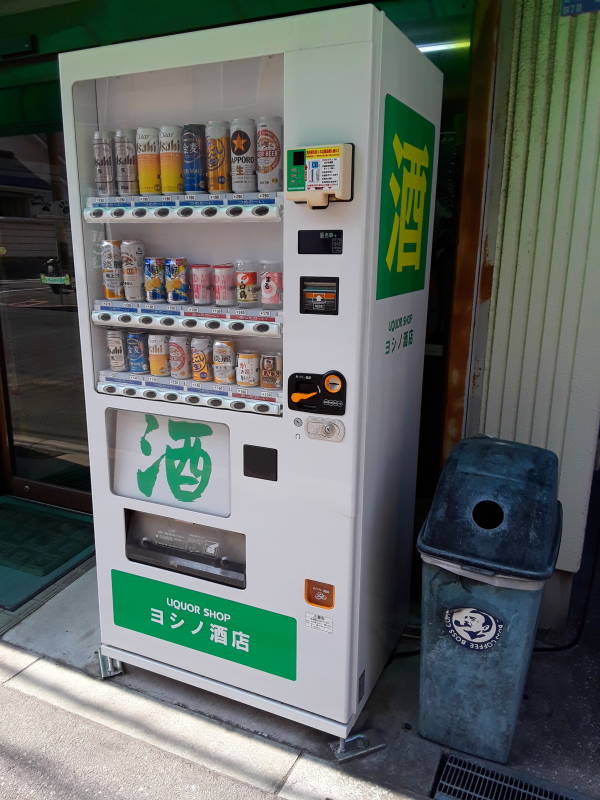 It was a hot day. Fortunately, I was in Japan, so there were vending machines all along the way. Yes, Japan has Liquor Shop vending machines. Asahi, Sapporo, Kirin, canned Highballs, and more. 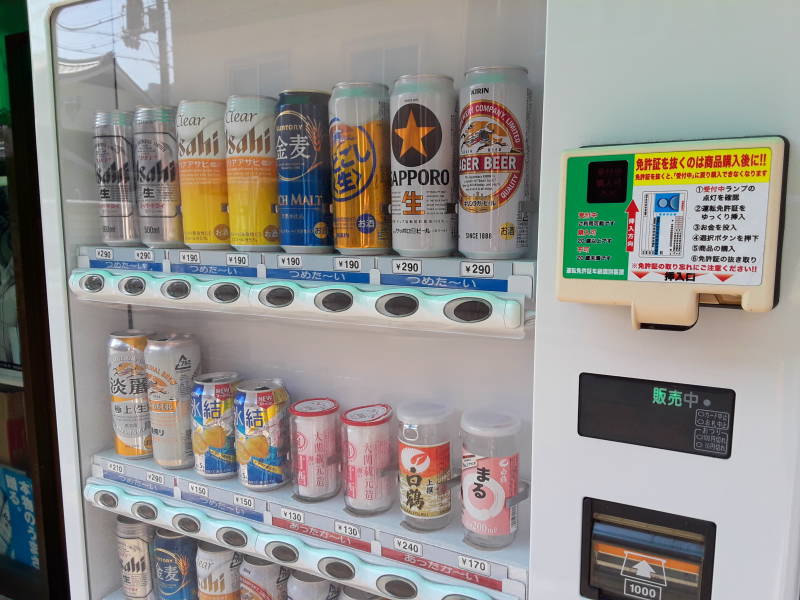 It was hot, and I wanted to accomplish more random senseless acts of tourism. So, after a haibaru at the first machine, I rehydrated with a Pocari Sweat at the next one. 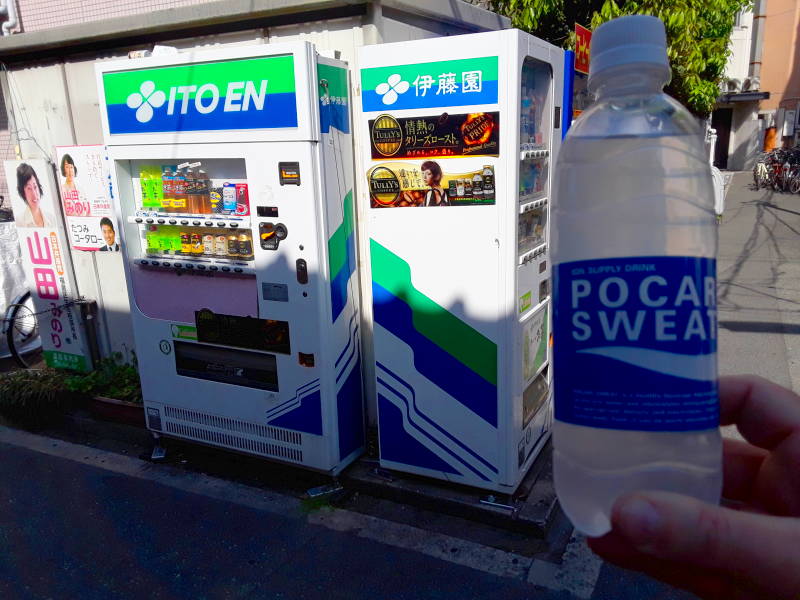