The Fatimid Caliphate spanned a vast area across northern Africa to the eastern Mediterranean shore and well down both Red Sea coasts, plus Sicily and southern areas of the Italian peninsula. The Fatimid empire was originally based in today's Tunisia, founded by the 11th Imām, Ubayd Allah al-Mahdi Billah, a member of the Kutama Berber people of Algeria. but it shifted its center of control to Egypt. The Fatimids built the city of al-Qāhira (or Cairo) in 969, establishing the new city as their capital.

This is a marble kilga or a nicely carved support for a large unglazed earthenware water jar, known as a habb. It's from either Egypt or Syria, from the 11th or the first half of the 12th century, and now in the collection of the Metropolitan Museum of Art in New York. 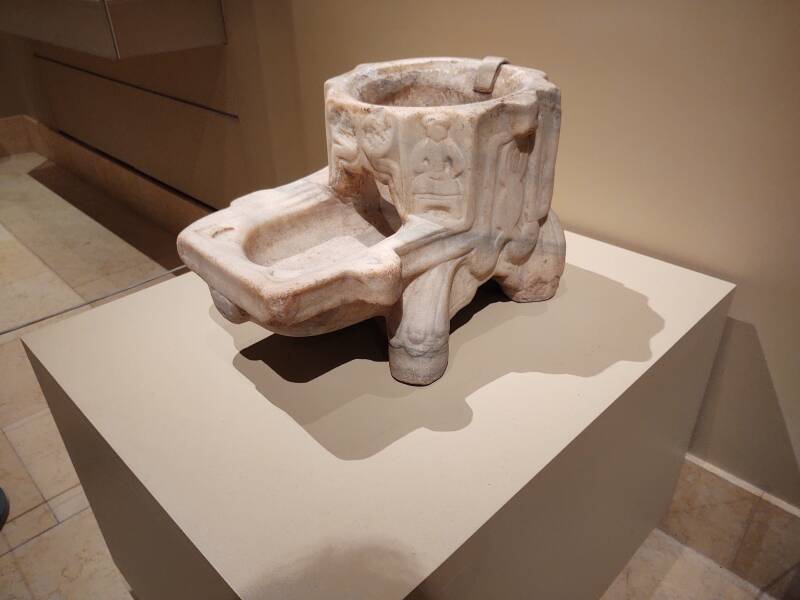 The Fatimid Caliphate was a Shia dynasty, its leaders and ruling elite were of the Ismaili branch of Shi'ism (which differs from mainstream Shi'ism as to who was the true Imām in the early successors to Muhammad). 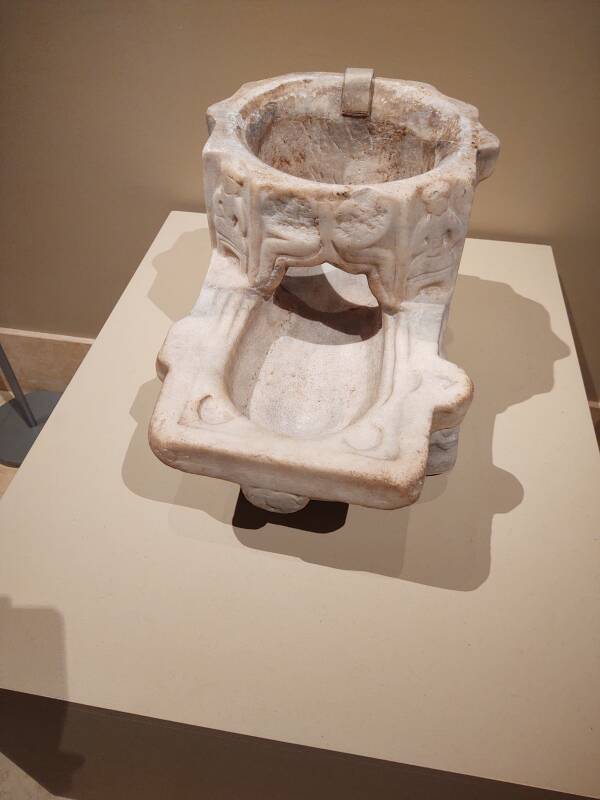 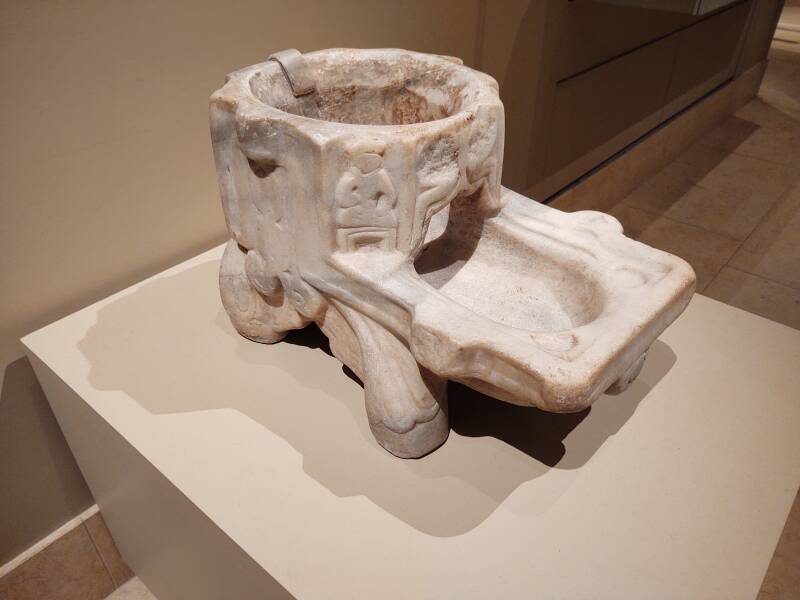 After their initial expansion by conquest, the Caliphate was often (though not always) tolerant of non-Ismaili Muslims, Jews, and Christians. Roles in state offices were based on merit, not heredity or religious affiliation. The arts and learning flourished. 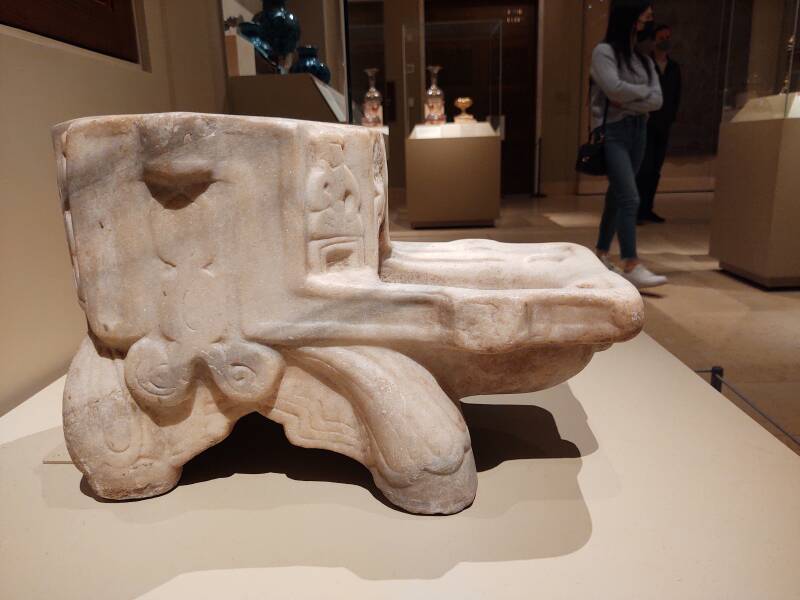 The Fatimid caliphate declined rapidly in the late 11th and 12th century. Ṣalāḥ ad-Dīn, known in the west as Saladin, invaded in 1171. He founded the Ayyubid dynasty and incorporated Fatimid territory into the Abbasid Caliphate.

The human figures tell us that this kilga would have been used in a secular building, not in a mosque. 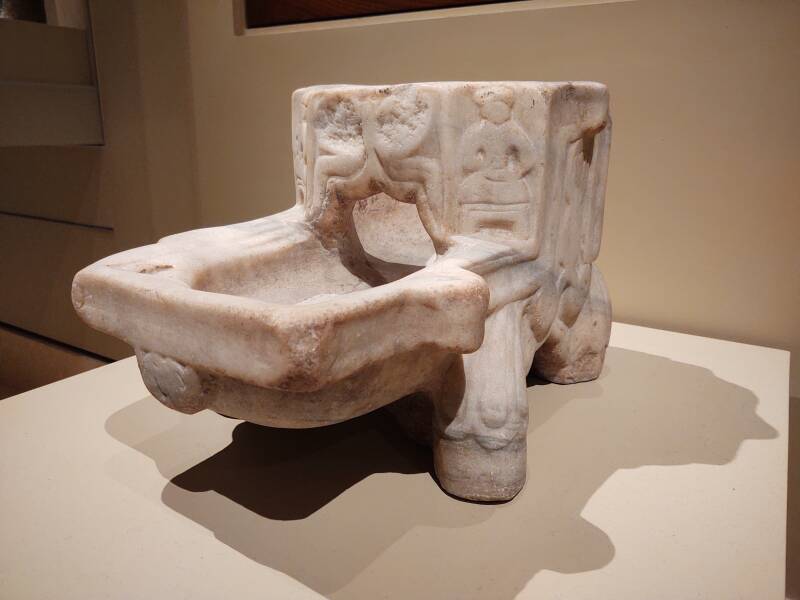 The unglazed earthenware of the jar's body would allow water to seep through its base, filtering out impurities as it gathered in the basin at the bottom. The filtered water would then be ladled out as needed. 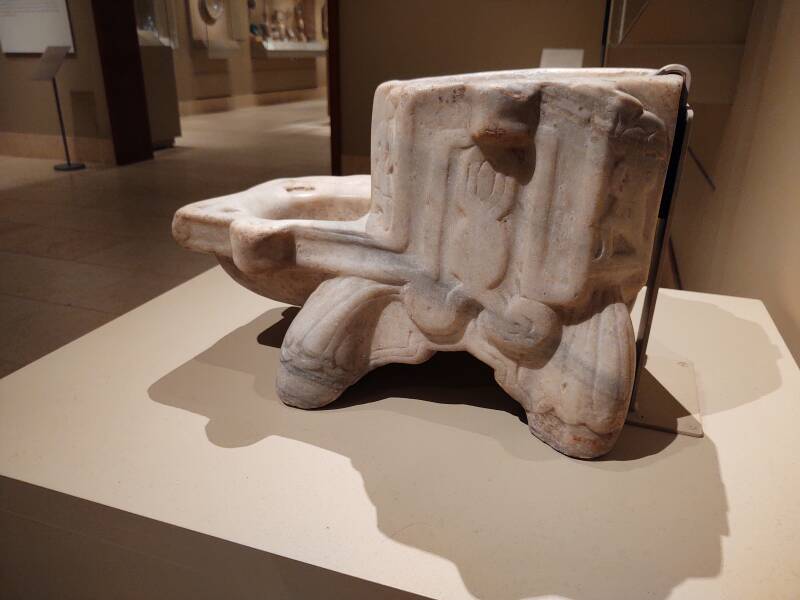 Here is part of a highly decorated habb or the earthenware water container. This is also in the collection of the Metropolitan Museum of Art in New York.

This has a figure of a ruler, distinguished by his large scale, pose on the takht or throne, and how he is holding a drinking cup and a folded mandil or handkerchief, regalia of nobility. 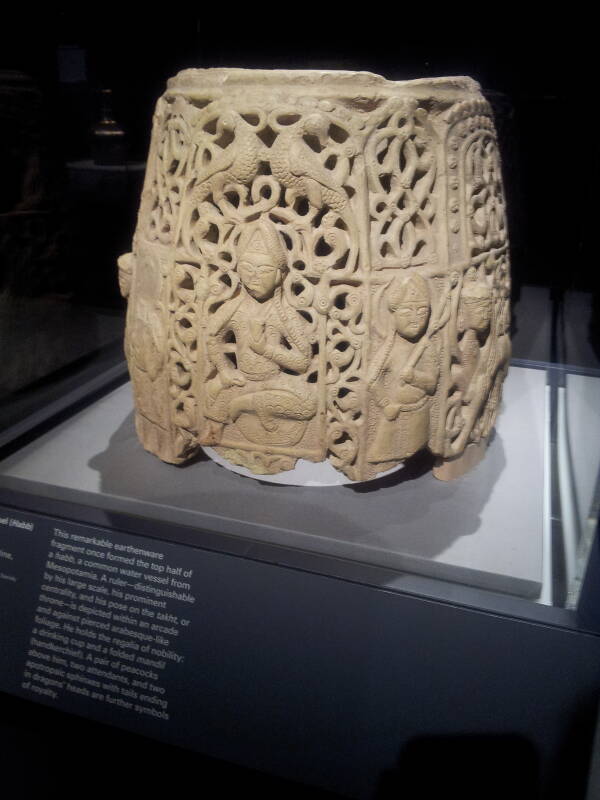 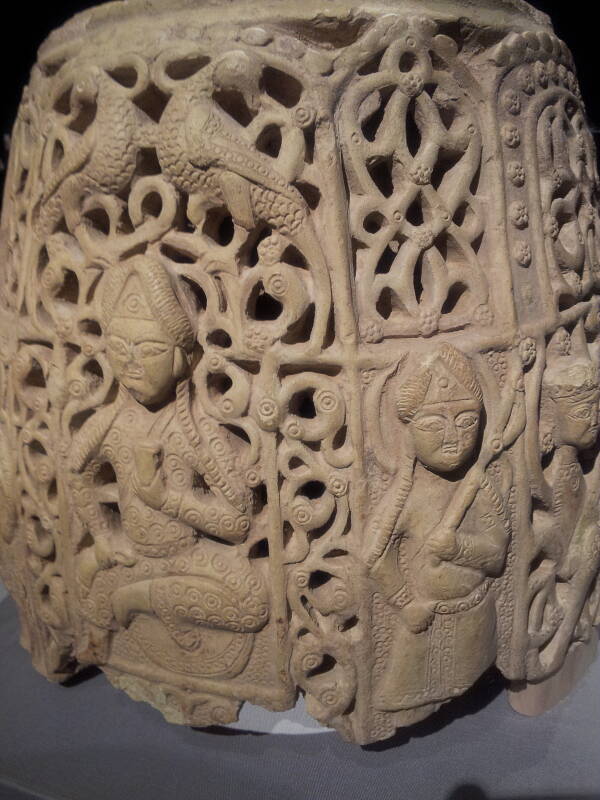 For more on travel and toilets in the region, see my page of modern Middle Eastern toilets and my pages on travel to Egypt, Syria and Jordan.

In Egypt today, small tea shops and restaurants often have an unglazed earthernware jar of water. The jar or pot is slightly porous, so its exterior surface becomes damp. As that water evaporates, it cools the container and the water. You can fill a cup with a ladle, getting cool water along with your shwarma.