Water fluoridation is the process of increasing the concentration of fluoride ions in drinking water to reduce the incidence of tooth decay. Dentists and public health experts find it very helpful for reducing tooth decay. Fluoride ions in drinking water partially convert apatite to fluoroapatite in tooth enamel, making it more resistant to acids produced by bacteria.

The below poster from May 1955 from the Keep America Committee claims that water fluoridation is a communist plot.

You can see that they're also against polio serum, suggesting that they are in favor of polio for some reason. 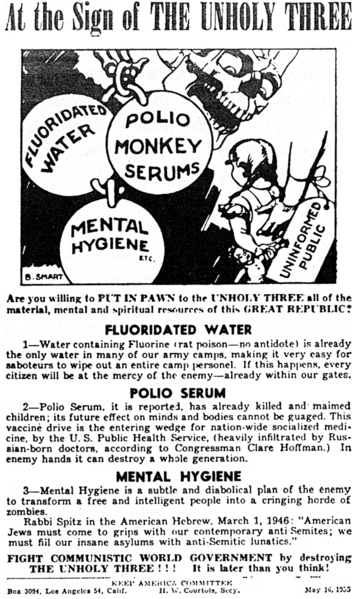 May 1955 poster from the "Keep America Committee" claiming that water fluoridation is a communist plot. 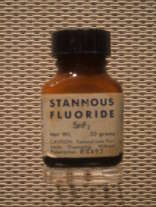 "Down with water fluoridation!"

"Down with polio vaccination!"

"Bring back the iron lung!"

But if that isn't enough conspiracy theory for you, the National Museum of Dentistry in Baltimore, Maryland, USA has a home water fluoridation system that was installed around 1960 in the home of Attorney General Robert F. Kennedy.

Below is a picture of the fluoridator and my transcription of the explanatory placard. This is only marginally connected to the theme of these pages, but it's my call. It's unusual plumbing that I have seen, plus a tie-in to amusingly nutty conspiracy theories.

This prototype apparatus to fluoridate a home water supply was installed around 1960 in the home of Attorney General Robert F. Kennedy in McLean, Virginia. The Kennedy household was selected for the trial because of the number of small children whose teeth would benefit from fluoridated water. The device was found to be inefficient and difficult to maintain.

Gift of Centers for Disease Control and Prevention. 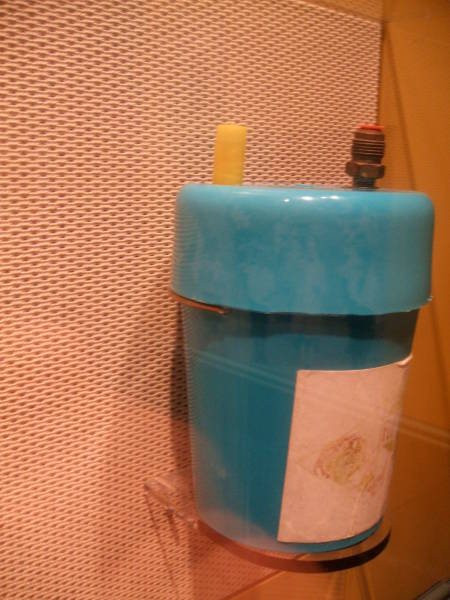 Here is a 1964 booklet published by Mead Johnson and Company, listing U.S. communities with natural and added fluoride. 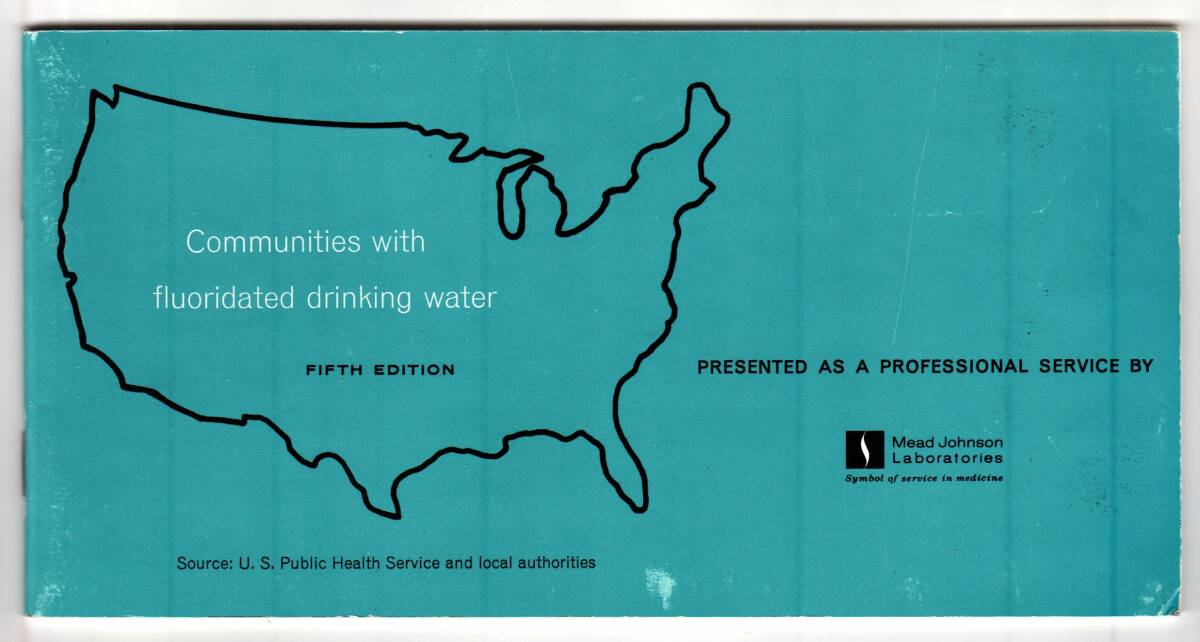 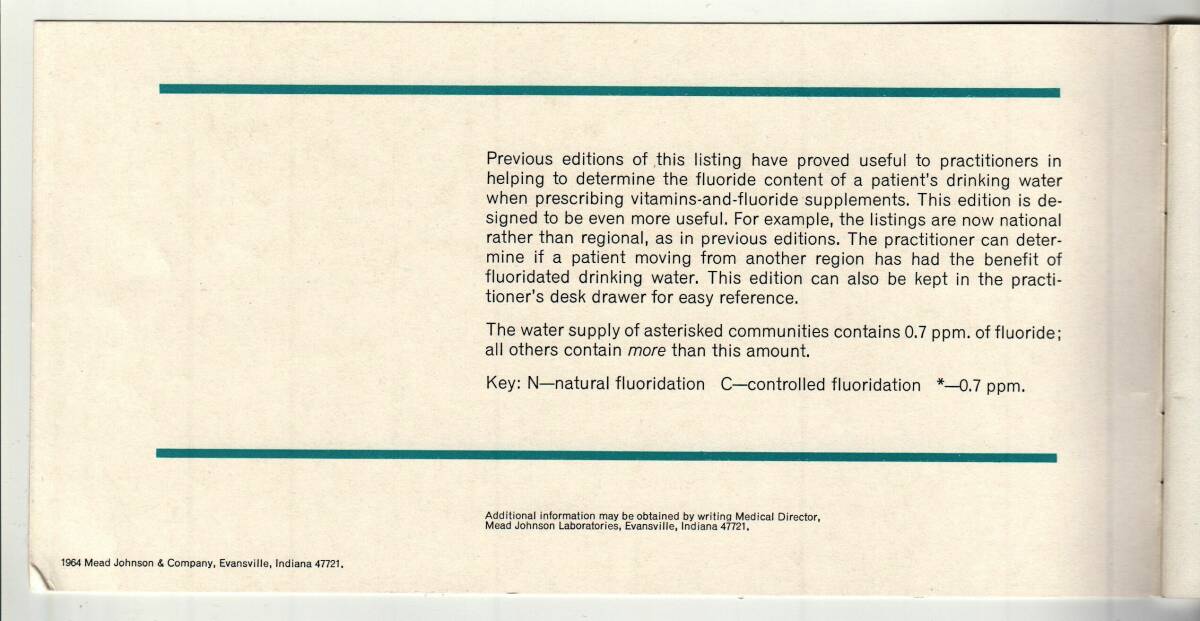 It surprises me that Mead Johnson, apparently an advocate of municipal water fluoridation, was based in Evansville, Indiana in 1964. Evansville is nutty even by Indiana standards, with an even higher presence of Klan activity and support, "sovereign citizen" fanatics, and in the early 2000s, the home of an alternative currency scam that claimed that the U.S. Federal Reserve was unconstitutional and harmful.

But in 1964, Mead Johnson was based in Evansville, and the municipal water had fluoride added. 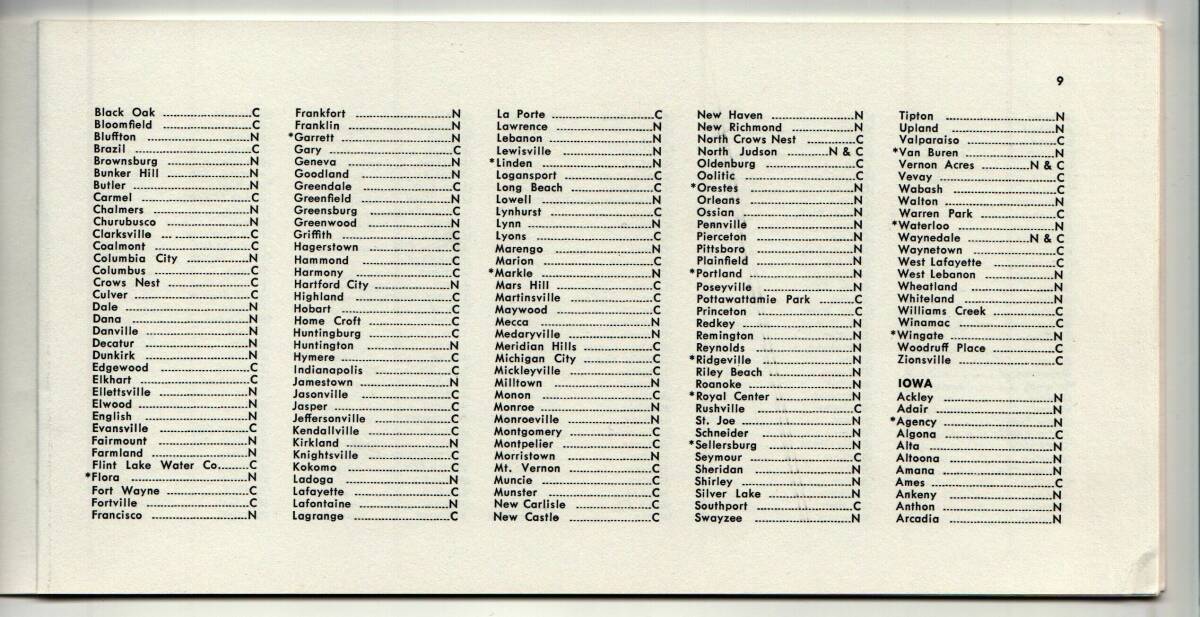 US Centers for Disease Control and Prevention estimates $1 invested in municipal water fluoridation leads to community savings of $1.10 to $135
Lack of municipal water causing $300/year dental costs to Medicaid-eligible children and adolescents in Juneau, Alaska